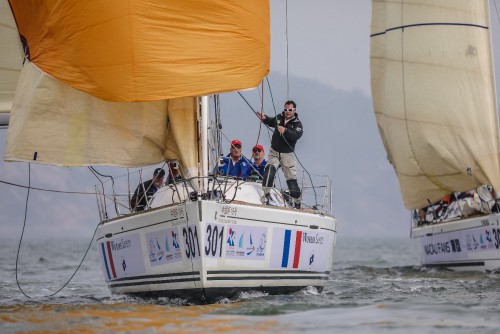 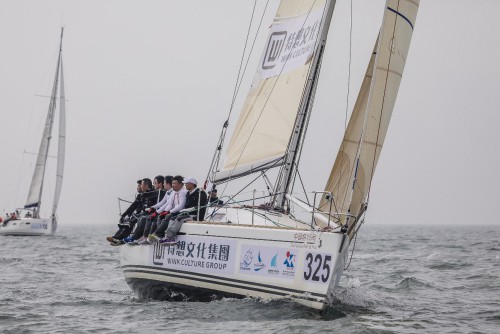 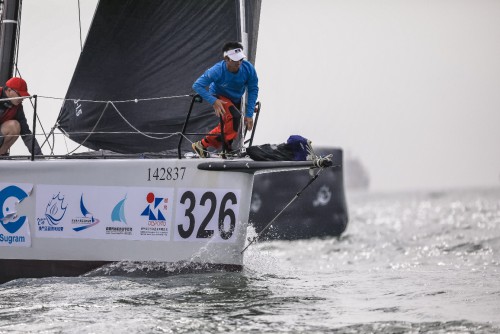 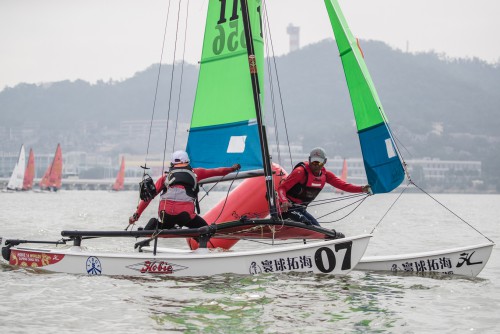 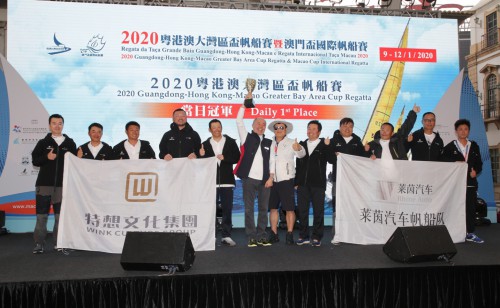 Today’s wind speed was relatively low at 4 to 6 knots, and together with highly variable gusts posed great challenges for the sailors to perform.

In the Greater Bay Area Group, Team Wink Culture Group from Hong Kong has been putting up strong performances since yesterday, and made significant leaps to take the provisional pole in the overall standings.  Macau Sugram Seamo and BLU from Hong Kong took today’s second and third places.

The top three in overall standings at the conclusion of Day 3 are as follows:

All participating teams will demonstrate their best effort tomorrow to fight for the champions trophies of the event.  With higher wind speed and cooler temperatures expected, competitive actions are expected as the event approaches the finish line.

To allow residents to watch the racing action in close proximity and to experience the atmosphere of the event, a fleet parade will take place at 9am tomorrow.  The participating vessels will set sail from Macau Fisherman's Wharf, pass through Macao Science Center, Kun Iam Ecumenical Center and Governador Nobre de Carvalho Bridge, and return at Macao Tower.  Residents may watch the parade at various coastal locations such as Macao Science Center, Kun Iam Ecumenical Center and Estrada Nordeste da Taipa.  In addition, the organisers have arranged a spectating activity to watch the parade and the International Catamaran Invitational. Residents who have previously collected the tickets are requested to arrive at the Inner Harbour Ferry Terminal at 7:30am to board the spectating fleet.